It was inaugurated in 1983 after having been donated by Mexico a year before. This representative monument is one of the key points of the George Washington Avenue, and it was built in honor of the famous native’s rights defender.

The Spanish monk is represented standing, on the Advent Day of 1511 when he gave his first speech in favour of the indigenous and against the slavery they were suffering.

Around the monument, it was built a square where there are different cultural activities, thus it is usually very crowded. If you go up to the superior viewpoint of the monument, you will enjoy a beautiful panoramic view of the city.

Don’t miss the chance to visit this imposing statue on your way to the well-known Malecón (Pier). 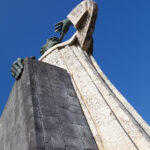 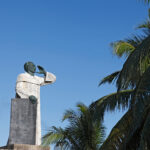