Arap Bethke: “Dominican cinema is going through a great moment” 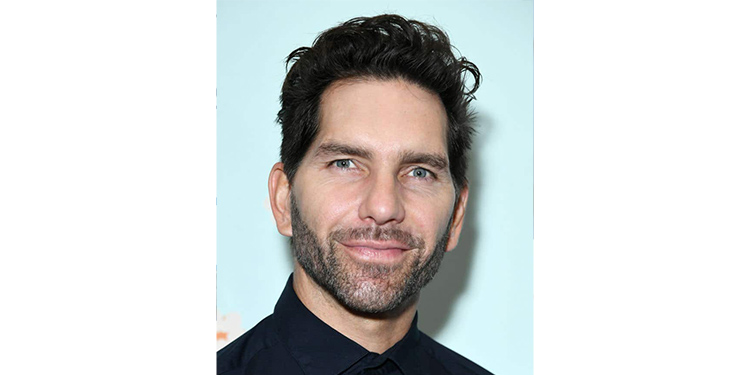 Arap Bethke: “Dominican cinema is going through a great moment”

For Arap Bethke, the world is a handkerchief. Born in Nairobi, Kenya, to a German father and a Chilean mother, Bethke was raised in Mexico, the country where he finds most of his work as an actor, as well as in the US Hispanic market. Some of his best-known projects are Club de Cuervos and La pilot, but Bethke has starred in other productions that have gone around the world such as La usurpadora , Clase 406 , RBD La familia and My generation . He was also in productions such as Doña Bárbara , Los Victorinos , La Diosa Coronada , Tierra de pasiones ,Madre Luna , Señora Acero and Eva La Trailera , among many others. Currently, he is one of the protagonists of the new series Looking for Frida .

In addition, Bethke was named Ambassador of the Environment by the ecological organization “The Climate Project Mexico” . He was also a spokesperson for “The Climate Reality” project alongside Nobel Laureate and former US Vice President Al Gore. Other projects with which he is linked include the “The Ocean: The Great Provider” campaign, an initiative by the environmental organization Sachamama that highlights the need to take climate action to ensure that the ocean can continue to be a source of life and sustenance for our planet and our communities.

In total, a filmography of more than 12 films and 25 productions for television and digital platforms and a personal agenda dedicated to the Environment. A career that does not stop where the most recent works are Guadalupe Reyes and Sin origin and that will soon premiere two new titles as the protagonist, Permitidos and Mal de ojo , shot in Aztec lands.

Arap now arrives in the Dominican Republic where he has filmed, for the first time in the country, the film Ganas de Gana, directed by Daniel Polanco. A film focused on ambition, power and corruption that he talked to us about.

How did you get to this project in the Dominican Republic?

After some conversations with the director and production team, I read the script and thought it was a good opportunity to break into new markets. It is a good time to create a cultural bridge between the Dominican Republic and Mexico.

As an actor you have worked in many soap operas, television series and movies. What is your preparation for these different formats?

Although each medium is different, the essence of acting is the same. Everything starts with a good story and the script is the guide. I like to spend time imagining the circumstances of each character, why do they do what they do? It is a representation of a part of the human condition.

How were the beginnings in an industry as demanding as the Mexican one, having been born outside the country?

I came to Mexico as a child, so I was raised Mexican and my heart is Mexican. I started working in front of cameras when I was about 11 years old and that gave me training through experience and a name within the industry that fortunately grew over time. I feel very grateful to the Mexican industry.

How was the experience of filming in the Dominican Republic?

The Dominican Republic is a beautiful country with talented people with a big heart. Although the shooting was short, I am really looking forward to doing this and many more projects. The Dominican film industry is going through a great moment.

You also chose to have a social commitment in defense of climate action. Why is this cause so important to you?

Climate action should be important to everyone. We only have one planet and it is our duty to take care of it. We are in a very delicate moment where if we do not take action together, we will not have a place to live in a few years.

How do you balance your personal life with your social commitment and long work hours?

Sometimes it is difficult to find a balance, but I am passionate about everything I do and that gives me motivation to continue. It is essential to love what you do. And sleep well!

With Club de Cuervos, your figure has been seen all over the world thanks to a platform like Netflix. What do you think of these new means of distribution?

Platforms have been a force that has come to revolutionize television, to internationalize content, and that has been very positive for the entire industry because it has given us the opportunity to watch content from all over the world and to do co-productions with different countries.

There are many actors, no matter how famous they are, who return to the theater after working in film and television. What does theater mean to you as an actor?

Theater is the base, the root of all dramatic art. I like to face myself again, set myself new challenges and have the experience of living in the moment that only working in front of the public gives you.