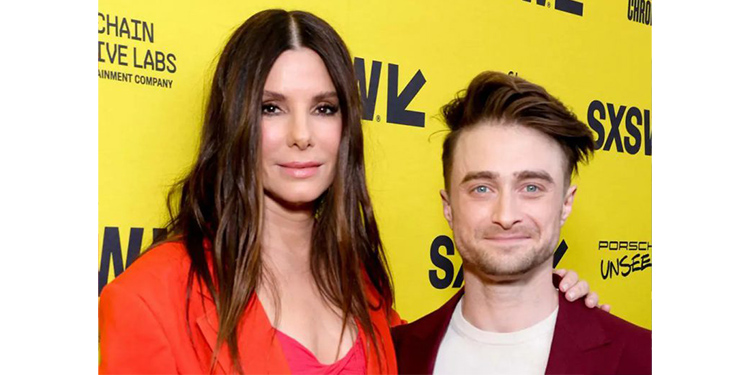 The story gets interesting when she goes promoting her new book and gets kidnapped by an eccentric billionaire who believes that the lost city in Loretta’s latest book is actual and that she knows where it is.

Although the city is fictional in the film, the filming location isn’t! The Hollywood stars spent their days in the paradisiacal Dominican Republic. During an interview with Despierta America’s co-host Jessica Rodriguez, Sandra Bullock, and Dan Radcliffe spoke about how the cast and crew lockdown in a hotel in Samaná and Casa de Campo alongside the hotel staff. The Miss Congeniality actress and Harry Potter actor praised the Caribbean country and its people.

“It’s incredible being in that country,” Radcliffe said, adding that he enjoyed working with Dominican actor, Héctor Aníbal.

“It wasn’t just our crew,” Sandra assured. “The entire hotels had been shut down due to the pandemic, and we bring everyone to work, and say to those workers, ‘please help us keeping everyone safe because you are now on our bubble.”

“It was a really beautiful community. My faith in humanity and kindness was restored because there was such an openheartedness, love, and support,” the actress added. “An a care for us so that we can care them.”

The Lost City had its world premiere at South by Southwest (SXSW) on March 12, 2022, and will be theatrically released in the United States on March 25, 2022.