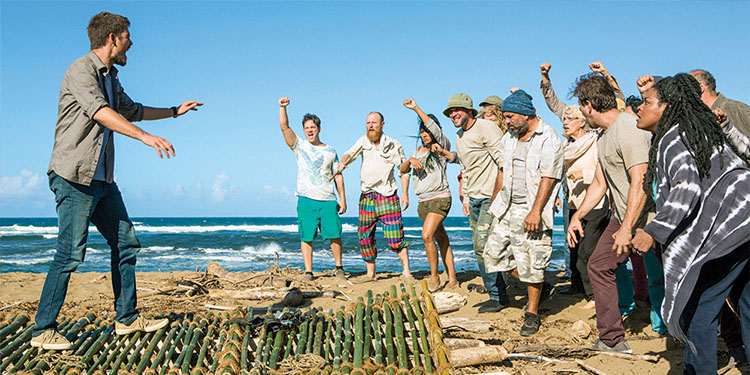 To paraphrase an old adage, there’s bound to be a silver lining in every cloud. Indeed, for some Caribbean island locations, the COVID-19 pandemic, despite some losses in human life, has been a blessing for their audiovisual industries. The Dominican Republic and Puerto Rico, two of the most generous locations in terms of film incentives, are expecting a record boom.

“The number and size of projects coming to the country have increased exponentially,” says Albert Martinez, COO of Lantica Media, which operates the Pinewood Dominican Republic Studios. “By opening up earlier than other locations, many projects gravitated to us.”

Among the first major productions to film in the Dominican Republic, and which made full use of Pinewood DR, was “Old”, M. Night Shyamalan’s thriller starring Gael Garcia Bernal.

The Dominican Republic’s Film Commission projects a total foreign production spend of around $176 million by year-end, up from $35 million last year. As hotels and other amenities were taken over by productions, the hospitality and ancillary industries stayed afloat despite the dip in tourism, says film commissioner Marianna Vargas.

Puerto Rico’s tax incentive program offers a 40% production tax credit to Puerto Rico resident companies and individuals and a 20% tax credit on all payments to qualified non-resident individuals. Preferential tax exemptions ranging from 4% to 100% lead to more savings. Because Puerto Rico is a U.S. territory, U.S. producers do not have to contend with visas, commercial barriers or different currency and banking systems, says film commissioner Rosi Acosta.

The annual cap on credits to Puerto Rico resident companies and individuals is now at $38 million per fiscal year, down from the original $50 million cap. “We’re working on both public and private levels to raise it back to $50 million,” says Acosta.

Among the nine recent foreign pics to shoot in Puerto Rico are Randall Emmett’s “Wash Me in the River” with Robert De Niro, while local productions are led by “El Cuartito”, by Marcos Carnevale, set for a limited release in the U.S.

For the Dominican Republic, international productions spending a minimum of $500,000 can tap a 25% transferable tax credit on qualified expenditure.

Since 2019, the withholding tax of 27% levied on foreigners working in the DR was reduced to 1.5%, leading to an upsurge in filming. International producers are also exempt from paying the 18% VAT tax. Furthermore, equipment imported for the location shoot is exempt from payment of duty. Recent productions in the DR include Mark Wahlberg-starrer “Arthur the King” and Jennifer Lopez’s “Shotgun Wedding”.

The 36-square-mile island of Nevis, located 218 miles southeast of Puerto Rico, has been a lifesaver for U.S./U.K.-based MSR Media, which scouted various locations until landing on this tiny island where no COVID deaths have been reported. Under an extended multi-project, three-year production deal with the Nevis administration, the island has offered access to multiple locations, hotel support and expedited permits for MSR Media’s projects filming back-to-back, with the third one, romantic comedy “Two Weeks in Paradise”, set to shoot in June.

“This new multi-year multi-film deal is truly good news for Nevis”, says its premier, Mark Brantley. “My government’s vision for a film industry, born out of a need to diversify our economy from its heavy dependence on tourism, is bearing spectacular fruit due to this partnership with MSR Media”.

Meanwhile, MSR Media has opened an acting academy in Nevis and is in talks with the authorities of sister island St. Kitts to open a similar academy there. “We have been thoroughly impressed with the progress and skills we have seen so far and we only see opportunities for the local community growing as we shoot more titles,” says MSR Media’s Philippe Martinez.

The Cayman Islands also struck a similar multi-production deal with Productivity Media and Darius Films earlier this year. The accord kicked off with dark comedy “Blue Iguana”, now in post, to be followed by Jonathan Sobol’s action drama “The Baker”, starring Harvey Keitel and Ron Perlman.

On the other side of the world, the Philippines introduced a set of incentives just as the pandemic broke out. Among them is the Film Location Incentive Program (Flip), a program that grants eligible international projects a 20% cash rebate of up to 10 million pesos ($198,000) on their qualified spend in the country. There are also new film funds, led by the Intl. Co-production Fund (ICOF), for feature films with a majority or minority co-production agreement with the Philippines.

“We soft-launched Flip as early as 2019 in the Asian Film Market and conducted its very first cycle of applications last year,” says Liza Diño, Chair of the Film Development Council of the Philippines, who added that foreign film crews and talent can apply for exemptions to the current restrictions on visitors. “Since then, five productions have been granted the rebate as of May 2021. Most notable of these projects is “Almost Paradise”, an American crime drama television series produced by Hollywood producer and director Dean Devlin.”